This card is addressed to Mrs. Belle Tinker, Escanaba, Mich. I can’t read the postmark, other than 9 a.m. The front: “A very Happy Birthday with every kind wish for your continued success and happiness.” 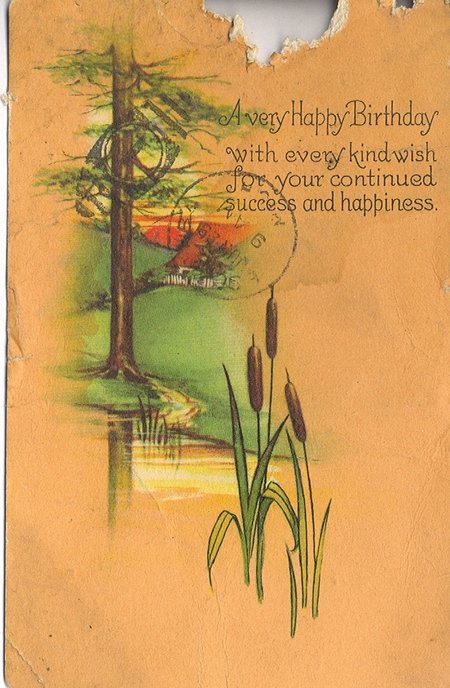 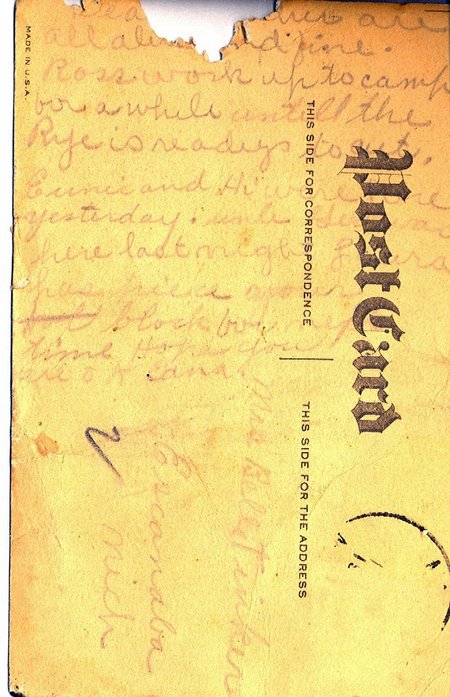 Dear ____ We are all alive and fine. Ross work up to camp for a while untill (sic) the Rye is ready to cut. Eunice and Hi (sic) were here yesterday. uncle Geo was here last night Laura has piece your block box next time Hope you are OK

“uncle Geo” was George Lamunion, Belle’s brother. Edna and Ross Fenton, and Eunice and Hi Smith were two of her daughters and their husbands. This card had to be sent after the date of Belle’s marriage to Charlie Tinker in 1913. I have no idea why Belle was in Escanaba. The “camp” that Ross Fenton was working at would be one of the lumber camps in the area.